Who was Floyd B Olson? 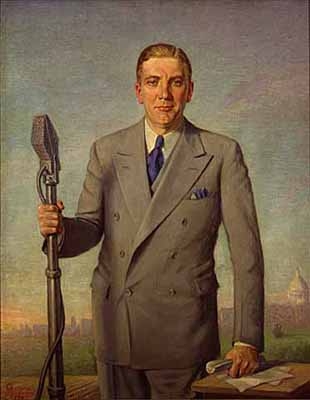 It’s a name you come across in the Shingle Creek and Minneapolis area. So who was this man and why do we have a road (Olsen Memorial Highway) and a school bearing his name?

Olson was born of immigrant Norwegian and Swedish parents, growing up on the Northside, attending Logan, Grant and graduating from North High in 1909.  He then worked one and half years in North Dakota for the Northern Pacific Railroad and later attended the University of Minnesota for a year.  The next three years he worked around the country including Canada, and the gold field in Juneau, Alaska, seeking fortune but gaining much knowledge in 1914, he enrolled at Nortwestern College of Law, graduating in 1915 as Valedictorian.  Floyd was admitted to the bar the same year.  He read extensively and acquired great understanding in many fields.

1918 – Floyd married Miss Ada A. Krejei, they had one child, Patricia.

1930 – Elected governor of Minnesota on Farmer-Labor Party ticket, following the personal and economic disasters of the 1929 stock market crash.  He provided great leadership in administration and politics with concern and compassion for the needs of all people.

The loss of this great champion of the people and his perseverance for justice was truly felt at his untimely death in 1936, at age 44.

The life story of Floyd B. Olson is the story of opportunity that is open to all men and women to raise from humble beginnings to great things.  He brought to the governorship, an unbounded faith in the wisdom and honesty of the common man and a singular part of the history of Minnesota.

The naming of Floyd B. Olson Junior High is but one of the many honors accorded to this man.  His statute stands on a mall and on a highway named for him as another memorial.